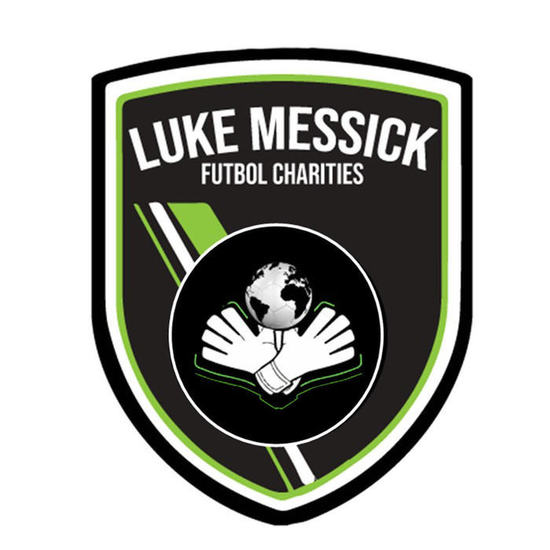 LukeMessickFC has been able to provide soccer gear, food, school, and medical supplies to children in Ghana. The charity awarded 4 scholarships to students at Luke's high school this spring. There are plans to sending four children to soccer camp this summer. To that end, we are hosting a silent auction at the Virginia Sand Soccer tournament in Buckroe on June 4-5 to support soccer in our community and beyond.

Joseph Luke Messick, 22, was killed by a speeding and distracted driver on Monday, May 17, 2021 while traveling to play the game he loved, soccer. Born on February 5, 1999, he was a lifelong resident of Hampton. Luke graduated from Kecoughtan High School in 2017 and went on to further his education at Randolph Macon College.

He was making a career out of soccer and he passionately played the game whenever and wherever he had the chance. Luke was a goalkeeper for the 1999 Region 1 ODP team which traveled to Barcelona, Spain for games as well as Virginia RUSH Academy, VA Legacy, VB City, Lionsbridge FC, VB United, Loko FC, AC Commonwealth, United Stars FC, Ole Sporting, PetroTela PA, and Shaka Boyz BSC where he put on a world class beach soccer performance and even received the Golden Glove Award at the North American Sand Soccer Championships held in 2019.

Over the past several months prior to his death, he had been proudly collecting trophies and league MVP awards for Transporte Juanita in various indoor and outdoor leagues around Richmond, VA where he was affectionately known as 'El Gato Blanco.' He was also a co-founder, manager and player with Ashland Town FC.

At Kecoughtan, in addition to his numerous academic accolades, Luke played varsity soccer where he was team MVP in 2015 and 2016, team captain in 2016 and 2017 and was awarded 1st Team All-Conference in 2016 and 2017. He also ran in Conference and Regional meets for the varsity Cross Country team.

At the time of his passing, Luke was actively creating a charity to support youth soccer in Ghana and elsewhere. He supported a team in Ghana over the last several years. Luke Messick Futbol Charities, Inc. was finalized to carry on Luke's good work.