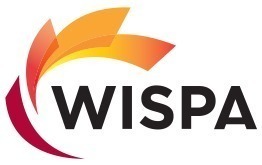 The Story of Ali Ungor and Her Family

Alexandra Wishner, better known as “Ali”, grew up in Southern California. She was the youngest of five children born to loving parents. The assumption that she was born with a fire in her soul is merited by the headful of beautiful ginger locks she has adorned her entire life. Like a matchstick, Ali’s little patch of red would ultimately be a telltale sign of the inner strength and courage that would be evident throughout her life.

Ali’s family was visited by tragedy when she lost both her sister and her mother to cancer. She learned early on that cancer is no respecter of persons and it takes from both the old and young.

Ali showed the same tenacity, dedication and hard work eventually working her way up the ladder and earning her the title of General Manager over a large restaurant chain. While she enjoyed the restaurant business, her passion for fitness was her calling. As a personal trainer, she helped many pursue their fitness goals and full potential while achieving physical wellness.

In search of better financial opportunities, Zoltan and Ali moved their family to the Henderson, Nevada area in 2005. In Henderson, they have raised their two boys, Braydon and Brennan. Brennan is an 8th grade middle schooler who enjoys flag football, video games and spending time with his friends. Braydon is a senior in high school who demonstrates academic excellence by taking honors and advanced placement classes including Chinese to further his goals of attending college. He enjoys working with his hands and a wide variety of outdoor activities.

Over the last six years, the Ungor family has struggled with physical, emotional and financial drains due to Ali’s repeat battles with cervical cancer. After Ali was diagnosed, she fought the cancer head on ready to take on any treatments necessary to assure her health for both her and her family. After a difficult series of treatments, all signs pointed to Ali being cancer free. The family was ecstatic. Unfortunately, down the road, after follow up tests the cancer appeared once again. Ali made the decision to hold her head up high and rather than feel defeated and she prepared herself to fight again. More treatments followed and through the pain, nausea and sickness, Ali came up as cancer free after another series of treatments.

Ali and her family have been through this roller coaster now four different times. Throughout the last couple of years, the family has gone through many changes to try and keep up with the financial hardships that come as medical bills pile up in these situations. Zoltan changed careers into a retail sales position that would allow him to be with his family more and take care of Ali more readily. To stay on top of the everyday mortgage and utilities along with the ever present large medical bills, Ali worked in the food preparation service business. Ali often worked through pain that should have kept her in bed but she had a strong desire to stay self sufficient.

Ali is now fighting this cancer a fifth time. All of the traditional cancer fighting treatments have failed. This has led Ali and Zoltan to look for any available clinical trials that could help her continue the fight. This search led them to UCLA for a trial that could be the key for her. After many trips to California, figuring out transportation and overnight costs, Ali was dropped from the clinical trial because her body was not responding to the treatment.

Ali’s ability to continue to earn money for the family budget has ended with the severity of her condition. Zoltan needs to be at home more than ever to assist her but works in a commission based job which causes him to weigh his options each morning of staying at Ali’s bedside or going to work and trying to keep things managed financially. In October, the fiscal year for the Ungor’s medical insurance will start over. With their high deductible insurance plan, they are worried that this may be the straw that breaks the camel's back. Ali has been told by multiple doctors that her cancer is terminal. She has been advised to go on hospice care and to make herself as comfortable as she can for the time she has left. For Ali, this is not an option. She continues to have a fighting spirit of faith. She continues to look for the treatment, cure or trials that will help prolong her life and ultimately bring the cancer into remission.

The Ungors are grateful to be considered for the assistance of the Wireless Internet Service Provider Association. It is amazing that the association would be willing to make a huge difference in the lives of a family they do not even know. They, along with their extended family and friends, thank you for the generosity shown toward them.

WISPA is a 501.c6 advocacy organization representing its membership and other companies who are part of the industry ecosystem. The Association promotes the development, advancement and unification of the wireless Internet service provider industry.