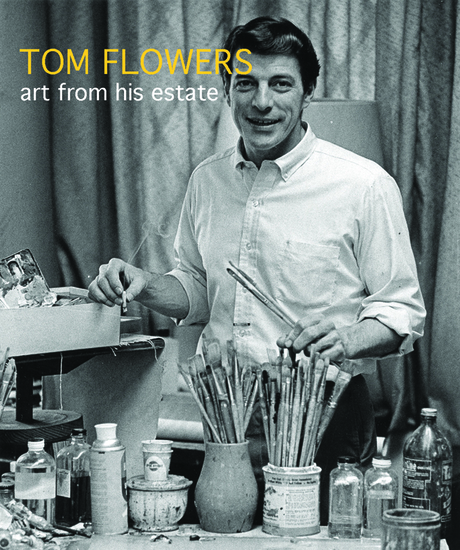 Welcome to viewing the art portfolio of Tom Flowers. His estate is offering at auction 341 works of Tom's art dating from 1945 to 2019. Tom wanted his epitaph to read: 'He did it all.' He certainly did, especially when it came to painting, drawing, printmaking, sculpture, design, and collage.

There are three goals set for this auction. First and foremost is to make Tom's artwork available and affordable to friends, associates, former students, and regional museums that knew Tom and appreciated his work. The second goal is to donate a portion of the proceeds to the currently established Furman University (Art Student) Scholarship Fund in his name. Thirdly, the remaining proceeds will become part of his estate.

Tom was an SC Visual Artist of note. He was also an art professor at Furman University from 1959 to 1989. This year he posthumously received a Lifetime Achievement Award from the SC Arts Commission. https://tinyurl.com/3r7p36uf

Since the beginning of this project, many of his students have reached out to share stories about his impact on their lives.

Tom's five children chose this venue to honor their father and have taken part in the planning. They know he would be pleased that his work continues to be enjoyed and appreciated.

Please pay close attention to the size of the piece, as noted in the specs under the image. Since the photos are all the same size on the screen, the actual size can be deceptive. I suggest you keep a tape measure handy and use it to understand what the measurements represent. The sizes range from the smallest, 8” x 10”, to the largest, 85.5” x 37”.

He wasn’t in the habit of dating his work, so we were left to guess. However, we had one clue to the timeframe. Before he took a teaching position at Furman, he signed his work with Tom Flowers or Thomas E. Flowers. During his teaching career, his signature was mainly Thomas E. Flowers. When he retired and became a full-time artist, he went back to signing Tom Flowers. He was a bit sporadic about signing his work. If the signature is there, his habit was to mark the lower right-hand corner. But, sometimes, it was the lower left-hand corner or the upper left. Often he chose to sign the back of the piece. If there was no signature, we created an estate signature card included with the artwork. This card can be attached to the back or perhaps included in the mat when framing. Another word about framing; Tom often left the boundaries of his paintings on paper open. Sometimes he drew a light line to show where the frame should start. Other times he left that choice up to each purchaser.

Our intent is to represent each artwork as faithful to the original as possible. While artwork in a gallery is lit with reflective light, it is back-lit on a computer. This can make the color more saturated and detail more prominent than viewing with the naked eye under reflective light.