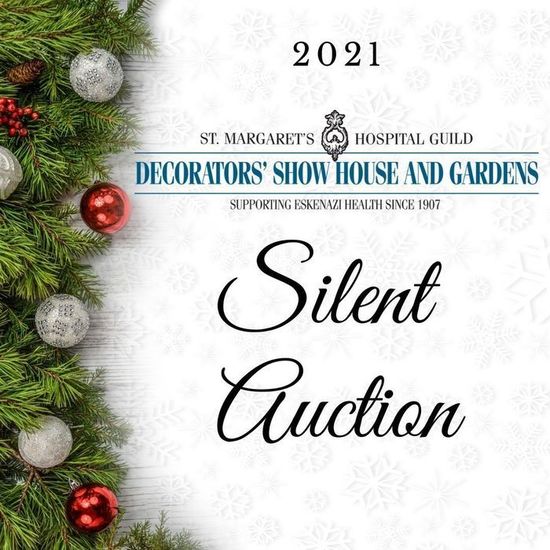 Now having been produced by its service-oriented members for 60 continuous years, the Decorators’ Show House and Gardens has become the Guild’s signature fundraising event. It’s the longest-running tour of its kind in the country. Proceeds from the annual project have funded the burn unit, radiology, mobile mammography vans, ambulance services, renovations in the newborn and special care nursery, and wellness initiatives for patients, family members, and hospital medical staff of Eskenazi Health.

In 2012, the Guild became the sponsor of the Limestone Falls on the grounds of Eskenazi Hospital. The area provides serenity and beauty for patients, family members, medical staff, and visitors to the area. The Guild provided significant funding for the Sandra Eskenazi Center for Brain Care Innovation. In 2017, the hospital’s outpatient pharmacy was named the St. Margaret’s Hospital Guild Pharmacy. The Guild has recently fulfilled the pledge of $750,000 to the new Center for Nursing Excellence at Eskenazi Health.

St. Margaret’s Hospital Guild is proud to be one of the pioneer volunteer groups in the City of Indianapolis. The Guild is grateful to the homeowners, designers, landscape architects, sponsors, donors of in-kind services, corporations, and tour goers who help make the annual event possible. The members of St. Margaret’s Hospital Guild pledge to continue their support of the underserved in the community through their fundraising activities and their volunteer service to Eskenazi Health.

The Guild has conceived of many initiatives to aid in the healing of hospital patients. One early project was the establishment of a library at City Hospital. By sponsoring “book teas,” the members gathered up more than 1,400 books that patients could read while they were recuperating. In 1914, the Guild helped brighten up the hospital environment by raising the money to hire local artists to decorate the hospital walls with paintings and murals. Among the now well-known artists were J. Ottis Adams, Wayman Adams, William Forsyth, Carl Graf, Otto Stark, Clifton Wheeler, and T. C. Steele.

The Guild implemented a wide variety of money-making projects in its first half-century. One was a circulating library, which was located at 415 East 34th Street, across the street from Tabernacle Presbyterian Church. Other events included the sponsorships of a ballet, a lecture series, a vintage automobile show, musical programs, charity balls, and movie premieres.

In 1941, St. Margaret’s Hospital Guild was granted 501(c)(3) tax-exempt status by the Internal Revenue Service. Obtaining the nonprofit designation allowed the Guild to receive contributions from individual donors who wanted their contributions to be tax-deductible. It also qualified the Guild for grants from foundations, corporations, trusts, and government entities that are only available to not-for-profit groups.

Although the funds raised by the Guild grew steadily, it became increasingly challenging for the Guild to conceive of interesting new ways to raise money for the hospital, year after year after year. In 1960, an idea for an event turned out to be a project that would serve the Guild’s mission for years to come. A new Guild member, Dessie Partenheimer Koch, who had recently moved to Indianapolis from the San Francisco area, related the details of a fundraising event in which she had participated in California. For three years prior to her moving to Indianapolis, the museum guild to which she belonged had located empty mansions, fixed them up, and charged admission for the public to tour them. The members of St. Margaret’s Hospital Guild enthusiastically embraced this concept, and the first Decorators’ Show House debuted in 1962.

* Silent auction will transition to "in person" bidding only at the Holiday Luncheon on Friday, December 10th.
* 10:00 am: Door open, guests may check in and begin shopping. Cash bar will be open and hors d'oeuvres will be served.
* 11:30 am: Bidding ends and lunch is served
* 12:00 pm: Silent auction and raffle winners will be notified
* 12:30 pm: Brief remarks by Dr. Roberto Machado, Chief Pulmonary Division. Kenneth Turchi, speaker will begin
* 1:10 pm: Vintage Fashion Show begins
* 1:40 pm: Farewell and thank you; silent auction winners may pay & pick up their items. 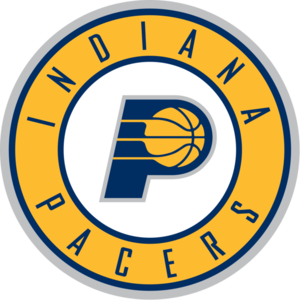 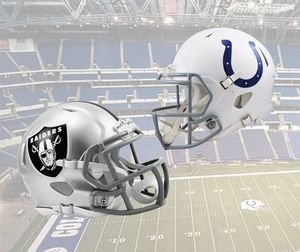 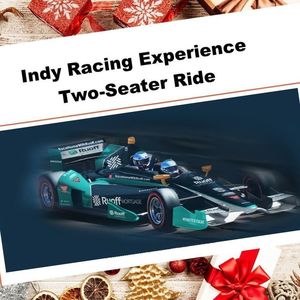 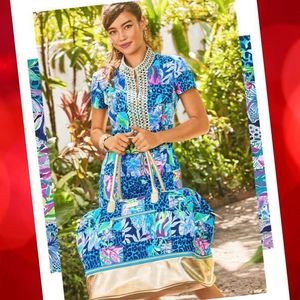