To help raise money for Murphy's Kittens, Inc., VestaVox Productions has graciously agreed to cast one lucky bidder in a cameo role in her next film, titled ON BLOOD MOON! Her independent short films include ANY WITCH WAY & IN THE CARDS, which star Vesta herself and are filmed right here in St. Augustine, Florida. Check out the trailer for ANY WITCH WAY here: https://www.youtube.com/watch?v=Ra5g0f4VOcw.

Murphy's Kittens, Inc., is a registered 501(c)(3) nonprofit (EIN:84-3918155) stray cat sanctuary & adoption program. Our mission is to take all the stray cats and kittens off the streets of St. Johns County, Florida, provide them with proper veterinary care, and adopt them out to loving, forever homes. 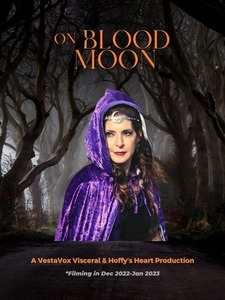