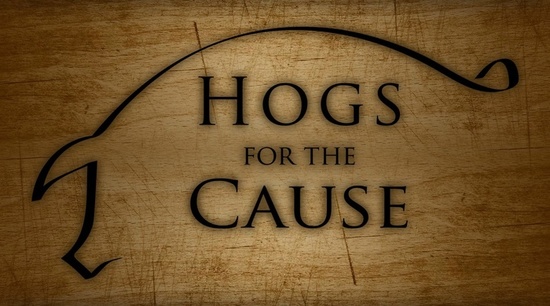 Auction Proceeds to Benefit Hogs for the Cause Atlanta!

Gunshow’s “Hired Guns” dinner is back on Sunday, Aug. 6, and a set of four tickets ($400 value, drink and gratuity not included) for the 8:30 p.m. seating is up for grabs—but you can only get them at auction! Place your bid for a chance to taste the culinary creations of New Orleans sensation chef Justin Devillier, Gunshow chef/owner Kevin Gillespie, executive chef Joey Ward and the talented culinary team.

Devillier is the chef/owner of La Petite Grocery and Balise in New Orleans and winner of the 2016 James Beard Foundation Award for Best Chef: South. All proceeds from the auction will benefit the Hogs for the Cause Atlanta, an annual fundraising music festival and barbecue competition that raises money for families with children fighting pediatric brain cancer.

About Hired Guns: “Hired Guns” began in 2013 as a way to lure some of the country’s most talked about chefs to Gunshow for a showcase of their flavors and personalities alongside the restaurant’s featured items. Past chefs have included Top Chef alums Bryan Voltaggio and Brooke Williamson as well as James Beard award-winning chefs Chris Shepherd of Underbelly in Houston, Tandy Wilson of City House in Nashville and Vivian Howard of “A Chef’s Life.”

About Hogs for the Cause Atlanta

Hogs for the Cause is a non-profit, annual fundraising music festival and barbecue competition based in New Orleans that raises money for families with children fighting pediatric brain cancer. We raise money through ticket sales, direct donations, food sales, sponsorships, and fundraising efforts spearheaded by teams in the barbecue competition.

Every year, more teams (90 at last count) compete in the Ben Sarrat, Jr. Cook Off Presented by Children’s Hospital of New Orleans for the High on the Hog Grand Champion title. The barbecue competition is fierce, and the winners claim bragging rights not only in barbecue mastery, but more importantly, fundraising prowess. Teams are a motley mix of some of the region’s best chefs, professional barbecue teams from around the country, and backyard barbecue fanatics, and all teams sell food to the public to raise money for the Cause. Winners are declared in seven categories: Whole Hog, Ribs, Pork Butt/Shoulder, Porkpourri, Sauce, Fan Favorite, and Fundraising Champion.