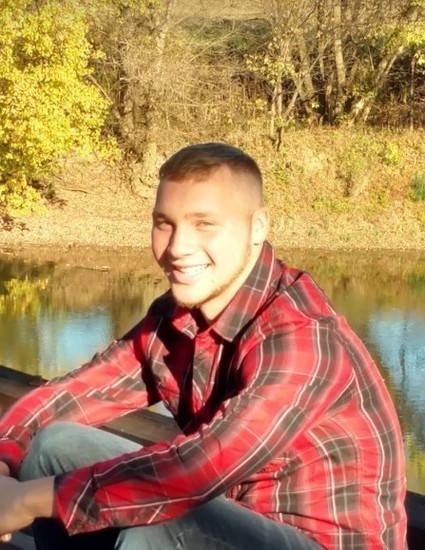 On March 15th of this year, my younger brother passed away after battling cancer for a little over nine months. He had Burkitt's non-Hodgkin's lymphoma, a rare and aggressive form of cancer known for fast-growing tumors.

This disease started in his lower back, and he lost the use of his legs, so he spent the entirety of his battle in a hospital bed surrounded day and night by stress. However, Syler was never alone during this time; friends and family visited him constantly, and this was something that always brightened my brother's mood even on the particularly awful days. Anything we could do to make my brother laugh or smile, we did it, because a fighting spirit and a strong sense of humor is what kept him from giving up hope.

In Syler's memory, I'd like to raise $2,000 for the American Cancer Society in hopes of funding further research and getting us closer to a cure.

HOWEVER, I realize there are many, many other fundraisers out there that are just as worthy of your donations. In the spirit of entertainment, this auction has a funny twist...

Rather than bidding on "items," you will have the opportunity to bid on some highly personalized stupidity. As mentioned above, making my brother laugh or smile was one of the few ways friends and family were able to help, so in exchange for your charitable donation, I'd like to make YOU chuckle a little bit.

I'll perform songs for you in full costume; I'll re-enact scenes from any movie you request; I'll write a ten-minute 'heartfelt' speech about what an amazing philanthropic individual you are, so you can impress your in-laws; I'll even re-create AN ENTIRE 90-MINUTE MOVIE scene-for-scene.

You may only laugh for a few minutes, but the money you put toward this auction can potentially change the lives of others who are fighting their own battle with cancer.

About Syler Will Memorial

I'm an author and personal fitness trainer in Port Clinton, OH with an interest in raising funding and awareness for non-Hodgkin's Lymphoma research.

My little brother, Syler Will, passed away from Burkitt's Lymphoma in March 2019, and his nine-month battle with cancer opened my eyes to how much research is still needed before we reach a reliable cure.

Burkitt's is a very rare form of non-Hodgkin's Lymphoma, and the tumors are extremely aggressive, capable of doubling in size in as little as 24 hours. During my brother's nine-month battle with cancer, chemotherapy repeatedly shrunk the tumors down to just a few small cells, and these remnants continued to grow back and spread each time.

I believe we will see the end of cancer in my lifetime. Humanity has come a long way with cancer research over the past century, and there are many, many cases of patients surviving even the worst situations.

My goal with this auction is to raise money for cancer research and reward the generosity of others with a few good laughs.