The Pere Marquette Chapter of Trout Unlimited (PMTU) was founded in 2016 and is centered around one of the United State’s premier coldwater fisheries, Michigan's Pere Marquette River. Or for many, simply their beloved "PM".

The PM is a state designated Natural River and Blue Ribbon Trout Stream, and federally recognized Wild and Scenic River. The Pere Marquette flows through the Huron-Manistee National Forest, and has no dams on its mainstream.

In April 1884, the U.S. Fish Commission released 4900 German Brown Trout fry into the Baldwin River, a tributary of the Pere Marquette. This was the first release of brown trout into U.S. waters.

PMTU's mission is to preserve, protect, and restore the Pere Marquette River to make sure wild and native fish thrive in her waters.

To this end, the Annual "PMTU 1st Brown Fund Raising Auction" raises money for restoration projects. These restoration projects are crucial to the protection of the PM and her trout if we expect future generations to experience the majesty we now enjoy.

Much is expected of the PM by many and the "Auction" is a fun and rewarding way to give back.

We encourage you to join in the Auction fun, knowing PMTU is focused on returning your donation directly to the river and related coldwater conservation efforts.

Thank you for supporting PMTU's efforts. 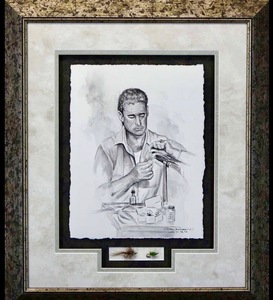 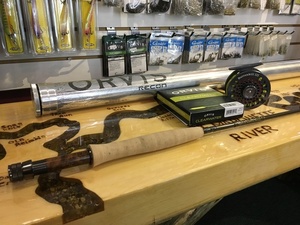 Two nights for up to 8 guests at PM Trailhead Lodge 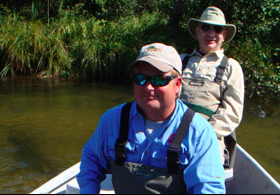