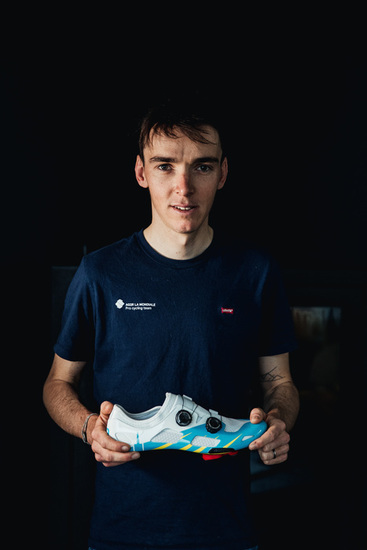 Bushfires have so far devastated over 6 million hectares (roughly the same total area of the bottom half of England) of Australian bush and countryside. An estimated 1.2 billion animals have already died. Thousands of homes lost. As well as lives and livelihoods of many. It's a level of destruction we have never seen - and this is before 'bushfire season' has even reached its half-way point.

Financial aid is desperately needed by many. When we at VeloKicks reached out to Mavic headquarters to enquires if they were able to help, in any way, their response was immediate and exceptionally generous. Not only did they just donate three one-off hand painted pairs from the London Rouleur Classic. They have now teamed up with AG2R sensation Romain Bardet to auction off his brand new, not yet released Comete Ultimate II kicks (that he will first race the Tour Down Under in).

You heard right, these kicks have an official release date of January 21st. But such is the generosity of Romain, his team AG2R and Mavic that they are willing to leak shots before the worldwide debut. This is your chance to get your hands on a pair of shoes that still won't be available to the rest of the world. Worn by one of the very best in the world.

Like the last auction every penny raised is going to the bushfire relief so please, bid as generously as you are able.

VeloKicks is a custom cycling shoes brand, created out of a love kicks that feel and look amazing.