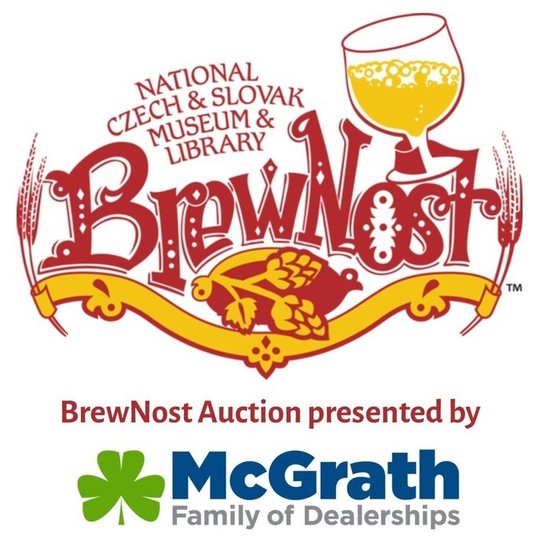 Art connects us. Art connects cultures, people, and communities across the globe. The Art Connects US silent auction, opening Saturday, May 30, will support the livelihood of artists across the globe and help the NCSML continue our work in Cedar Rapids of connecting people to the Czech and Slovak culture. Works available during the auction are from local, national, and international artists with connections to our NCSML mission. Each artist will receive a portion of the proceeds.

About The National Czech and Slovak Museum & Library

The NCSML preserves, presents, and transcends unique stories of Czech and Slovak history and culture through innovative experiences and active engagement to reach cross-cultural audiences locally, nationally, and internationally. The NCSML is an innovative leader in lifelong learning, community building and cultural connections. We encourage self-discovery for all ages so that the stories of freedom, identity, family and community will live on for future generations.

In 1974, descendants of Czech immigrants founded the Czech Fine Arts Foundation in Cedar Rapids, Iowa, with the purpose of preserving Czech and Slovak heritage and culture. In 1978 they opened a museum in a three-room house, soon moving to a larger building in 1981 and acquiring a 19th-century immigrant home in 1983.The name was changed in 1992 to the National Czech & Slovak Museum & Library, and leadership made ambitious plans for a new building which was famously dedicated in 1995 by Presidents Clinton, Havel and Kovac.

With the new facility in place, exhibits and programs expanded, including fine art and traditional arts. A devastating flood in 2008 resulted in 8 feet of water in the museum. After four years of operating from interim locations, a newly elevated and expanded museum opened its doors in 2012 with the exhibition of over 200 works, Alphonse Mucha: Inspirations of Art Nouveau, the largest exhibit ever in the U.S.

The NCSML was accredited by the American Alliance of Museums in November of 2008; in 2013, it received the National Medal for Museum and Library Service by the IMLS; in 2017 it received the Leadership in History award by the AASLH; and in 2018, the NCSML became an official Smithsonian Affiliate, and formally signed a MOA with Palacky University in Olomouc, Czechia for collaborative, exchange programming and professional cooperation.

Dr. Cecilia Rokusek has served as CEO and President since September 2018.