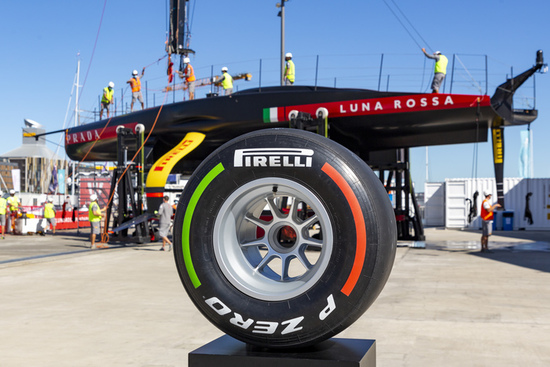 TIME EXTENSION NOTICE: Thank you so much to all of the bidders interested in this priceless collector's item! Due to the increased bidding rate on April 26, the organizers are extending the auction by 24 hours, in the hopes of raising more funds for AIP Foundation's life-saving work with low- and middle-income countries across Asia. Bidding will now close at 11:45PM NZST on Tuesday, April 27. Thank you for your support, and best of luck!

This exclusive memorabilia will make a statement for any motorsport enthusiast, car memorabilia collector, passionate sailing fan, or Luna Rossa Prada Pirelli Team fan's collection. A unique full-sized replica of Pirelli F1® tyres, with labels recalling the colours of the Italian flag, signed by 21 members of the Team Luna Rossa Prada Pirelli sailing team, including the Team Director, Max Sirena and the two helmsmen Francesco Bruni and James "Jimmy" Spithill -- who is the most winning Helmsman off all time in America’s Cup history.

Established in 1872, Pirelli is the only pure consumer tyre company that includes car, motorbike, and bicycle tyres as well as associated services. With a distinct positioning in high value tyres, Pirelli utilises advanced technologies with over 3,600 certifications obtained to achieve the highest levels of performance, safety and containment of environmental impact. Pirelli has always been strongly committed to research and development, in which it invested 6.1% of revenue from high-value products in 2019.

Involved in motorsport since 1907, Pirelli has been the exclusive global tyre partner to the FIA Formula One World Championship since 2011. Starting from the 2021 season, Pirelli is the exclusive supplier to the FIA World Rally Championship, an environment where the tyre manufacturer already developed some of its most important specialties, later transferred to its regular road tyre products. 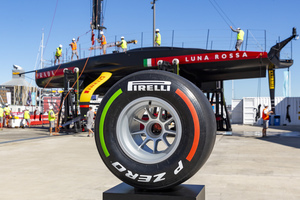 With proceeds benefitting AIP Foundation, a nonprofit dedicated to saving lives across Asia