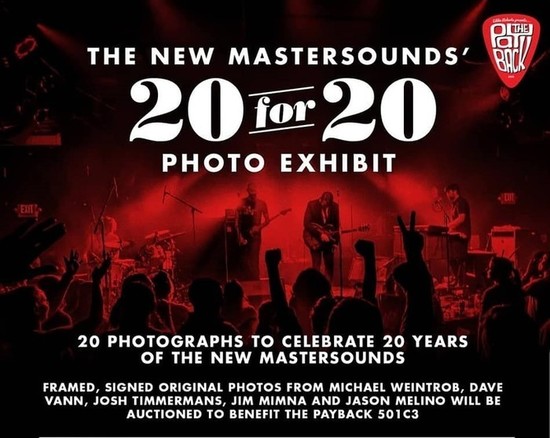 20 photographs to celebrate 20 years of The New Mastersounds! Framed original photos from Michael Weintrob, Dave Vann, Josh Timmermans, Jim Mimna and Jason Melino are up for auction to benefit The Payback.
The Payback is an initiative focused on combating youth and family homelessness in cities across the U.S. With a focus on generating local impact, The Payback collaborates with musicians, non-profits and local businesses to host benefit shows curated by Eddie Roberts, which raise funds for community-based organizations making a difference in the lives of homeless families.
Funds raised from this initiative will benefit Urban Peak, a nonprofit that provides critical services to youth experiencing homelessness in the Denver metropolitan area.

The Payback 501(c)(3) was started by Eddie Roberts, guitarist and bandleader of the UK funk group, The New Mastersounds, and the American funk & soul group, Matador! Soul Sounds. As a musician who spent much of his time in the Tenderloin district of San Francisco, Eddie developed a deep sense of connection to the neighborhood while also witnessing the day-to-day reality of widespread homelessness. Eddie has since moved to Denver, CO, where the number of children identified as homeless has doubled over recent years. There is currently a mass displacement of families in the Bay Area and Denver, and those with young children are often hit hardest. Through our benefit concerts, The Payback has raised tens of thousands of dollars in both San Francisco and Denver, with plans to expand to other major cities in the U.S. We are proud of our role in bringing together all-star musicians such as Zigaboo Modeliste, Oteil Burbridge, Robert Walter and Jennifer Hartswick to raise awareness for this important cause. 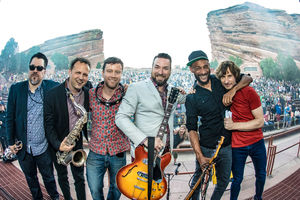 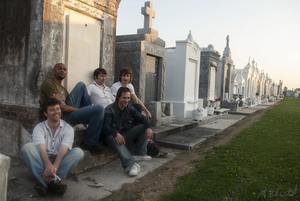