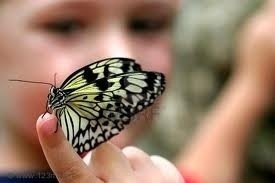 About The Domino Group

In 1960 an MIT meteorologist named Edward Lorenz made an accidental discovery while he was trying to develop a computer program that could simulate and forecast weather conditions. One day he was in a hurry, and instead of entering .506127 the number he used in earlier trials; he rounded to the nearest thousandth, or 506. He figured this would be inconsequential. When he returned to the lab, he found a radical change in the weather conditions. Lorenz estimated that the numerical difference was equivalent to a puff of wind created by a butterfly flapping its wing. He concluded that a minor event like the flapping of a butterfly wing could conceivably alter wind currents miles away. This was known as the Butterfly Effect.

It's true in science and it's true in life. Small changes and small choices become magnified over time and have major consequences. Everything we change changes everything. To often we fail to connect the dots between choices and consequences. Each choice has a Domino Effect that can alter our destiny or the destiny of someone else.

Why not change someone's life in a positive way?

The Domino Group is associated with Underground Collectibles
http://www.underground-collectibles.net/