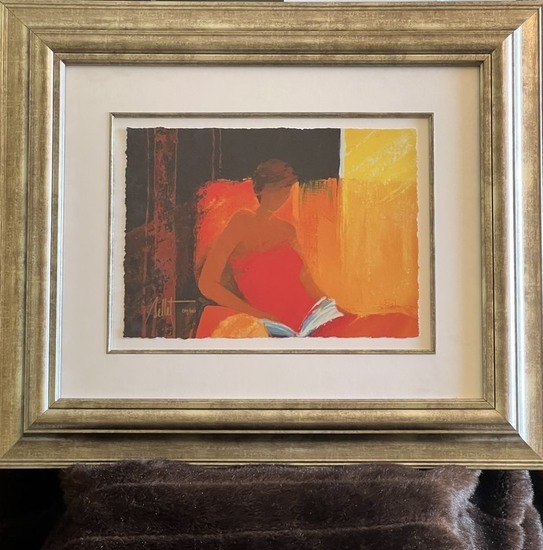 About the artist - Emile Bellet was born in Provence, France in 1941.  He began to paint at 5 years old and by the age of 19 he held his first exhibition. When he was only 12, Emile won first prize in a national art journal. In 1976, his career began in earnest when he was noticed by Galerie Guigne. Bellet has held numerous exhibits in France: Grenoble, Aix en Provence, Cannes, Marseille, Lyon, and Megeve; and overseas: Senegal, Cote d’Ivoire, Switzerland and Japan (Gallery Mainichi). He currently enjoys permanent exhibits in Cannes, Lyon, Salon-de-Provence, Grenoble, Toulon and Annecy.

Emile’s paintings are known for the mysterious female he includes in his compositions. His wife, his daughter, and musings on an idyllic kind of woman are all sources for his inspiration. The familiar female figure used throughout his work is symbolic of his impression of femininity.  She represents all women and for this reason has no facial expression.  She is timeless, ageless, and universal.

This year's effort is to fund The Kathy Cummins (Merry) Award that is dedicated to helping our Children's Summit participants raise their understanding of child abuse and neglect prevention for real-world application by providing financial support toward additional continuing education opportunities.