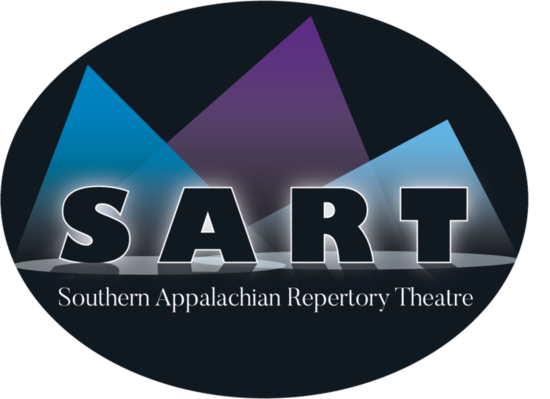 If you would like to donate to SART directly, please visit https://www.sartplays.com/support-us

All payments for the silent auction will be made upon the conclusion of item bidding. We will reach out to our top bidders to arrange individual payments. Pick-up of all items will be held at the SART box office, by appointment only. Bidders will be responsible for shipping costs, if needed. Once we conclude the silent auction we will then schedule pickups with the winning bidders.

THANK YOU for your participation!

Southern Appalachian Repertory Theatre is a professional theatre company in residence at the historic Owen Theatre on the campus of Mars Hill University. Since its founding in 1975 by visionary director and theatre educator Jim Thomas, SART has produced scores of plays, musicals, and original works, many portraying the rich culture and heritage of Southern Appalachia. After operating for many years as a program of MHU, SART became an independent nonprofit organization in 2003 and is governed by a volunteer board of directors. In recognition of its artistic excellence and cultural importance to the community, SART has received major funding from the National Endowment for the Arts, North Carolina Arts Council, Madison County Arts Council, and the Shubert Foundation. SART also receives major support from Mars Hill University, along with donations and sponsorships from many generous individuals and business owners.