As we all know, 2020 has been an extremely difficult year for everyone. It has been particularly difficult for Soyuzivka, which thrives on its camps, festivals, and in-person events. This silent auction is part of a broader campaign designed to raise awareness of all the things that Soyuzivka has to offer these days and to raise money to allow Soyuzivka to continue to grow for future generations of Ukrainians. 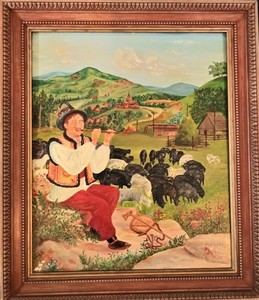 Oil on canvas board 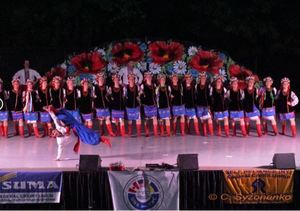 Including a two-night stay at Soyuzivka 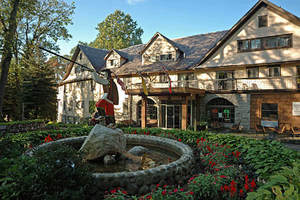 007 Sponsor A Room in the Main House! 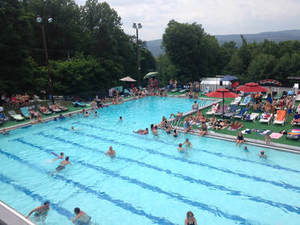 013 VIP Cabana at the SuzyQ Pool

FESTIVAL WEEKEND (or another non-event weekend of your choice) 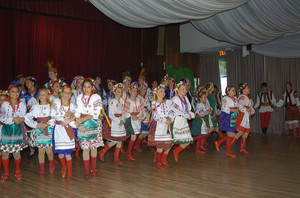 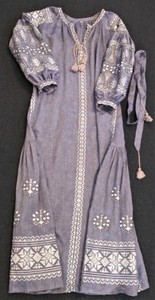 In 1952, The Ukrainian National Association, Inc, a fraternal organization established in 1894, purchased the property in response to the growing need of its community, as a cultural center and gathering place for their members. It provided a venue for language workshops, heritage studies, concerts, art exhibits, children’s camps, and programs to be fostered. Soyuzivka itself was modeled after the Carpathian mountain architecture, with the Famous woodcarver, Cherniovsky, embellishing the buildings. Many artists were in residence over the years, including Jacque Hnizdovsky, Edward Kozak, Halyna Mazeppa and not only gave exhibits, but workshops on their craft. Soyuzivka is home to many important works of art by the most famous of Ukrainian sculptors who were commissioned to provide busts of the most famous Ukrainian literary, historic, political and religious figures.

In 2015, in order to ensure the future of this cultural gem, Soyuzivka officially was transferred to an independent 501(c)3 charitable organization, named the Ukrainian National Foundation, Inc. (UNF). The UNF is based on a not-for-profit, tax-exempt model that will enable Soyuzivka to expand even further as a Ukrainian Heritage Center envisioned by its founders. The UNF works diligently to continue Soyuzivka's unique mission, and expand it even further.