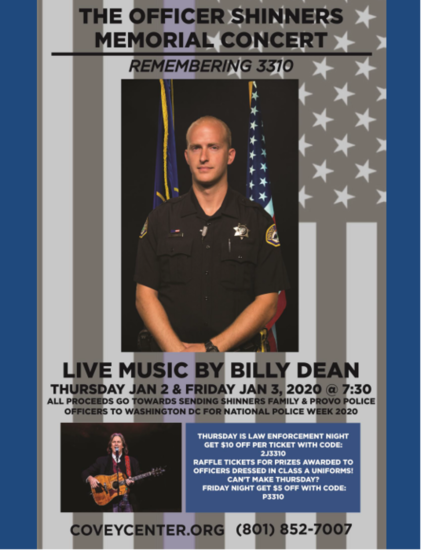 This auction is being used to raise funds to send Master Officer Joseph Shinners family and co-workers to Washington D.C. for police week 2020 where Master Officer Shinners name will be added to the National Law Enforcement Memorial as he gave the ultimate sacrifice.

On January 5, 2019 Master Officer Joseph Shinners was killed in the line of duty attempting to apprehend a wanted criminal, and save the life of a fellow officer.