The Prince Albert Raiders will be looking ahead to the future with a specialty jersey worn for one night only on Saturday, March 19 against the Saskatoon Blades. The jerseys were designed by Alec Des Rivières as part of the Raiders’ 50th Anniversary season. The inspiration behind the design was looking at the pirate logo of the past and adding a futuristic twist.

The auction will begin on Monday, March 14 at Noon CST. Bidding opens for each jersey at $300 with a minimum bid increase of $15. A buy now option for an individual jersey will be available for $500.

The online portion of the auction will end on Saturday, March 19 at Noon CST. Any jerseys not bought outright will be available via silent auction at the volunteer station in the Johnny Bower Lobby during the game on March 19. The highest bid from the online auction will carry over to the silent auction. Bidding will end five minutes into the third period. 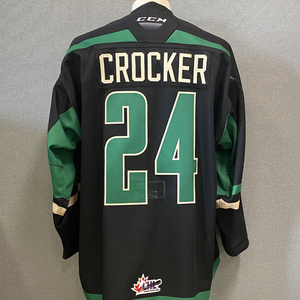 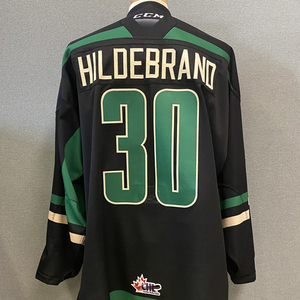 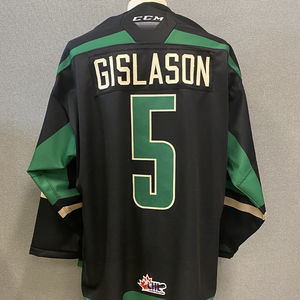 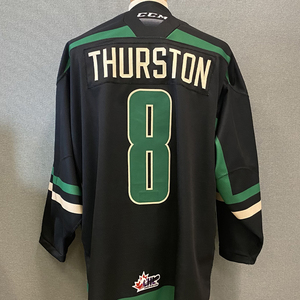 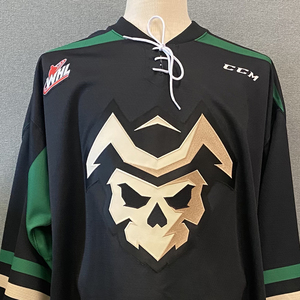 The Prince Albert Raiders are one of 22 teams in the Western Hockey League (WHL) and are the defending WHL Champions. The Raiders compete in the East Division of the Eastern Conference and play out of the Art Hauser Centre.

The highest bid from the online auction will carry over to the silent auction. Bidding will end five minutes into the third period.