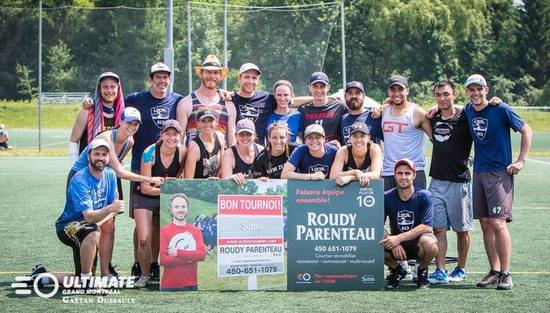 The funds generated by this silent auction will be used to help offset costs of achieving our goal of attending the 2018 Canadian Ultimate Championships held in Surrey, British Columbia.

Local 613 is a co-ed competitive ultimate frisbee team that was created by players from the Kingston area in 2012. We are proud to say, year-after-year we have built upon our continual success, which culminated in representing Canada at the Pan American Ultimate Club Championships in 2015/2017 and bronze medals at the Canadian Ultimate Championships in 2014/2016.