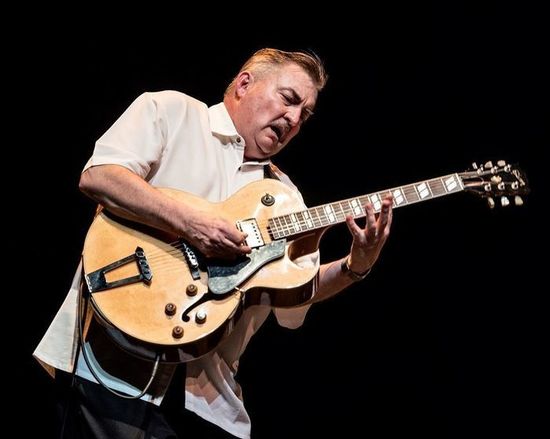 Fearless, fierce, a relentless seeker. Generous, observant, clever, wordy, worldly. One of the greatest modern guitarists. The leader and co-founder of Sacramento’s Little Charlie & The Nightcats, Charles Baty never played the same song the same way twice. Guitar World said, “Baty’s straight blues playing is eye-popping...inspired and manic blues guitar. He can sting like Buddy Guy and swing like Tiny Grimes.” The band released nine albums on Alligator Records (1987-2008) before Charlie decided to retire from their worldwide touring. But of course, he never stopped playing. Inside his vast musical mind jazz, rockabilly and swing had a very fertile playground.

The Sacramento Blues Society understands that the arts have always been outlets to express the plight of the oppressed, and to sound the call for change. We believe that the African-American experience is the very foundation of the Blues, a uniquely American art form, and one which we celebrate and love.
A portion of the net proceeds will be donated to SBS' newly created Little Charlie Baty Scholarship Fund.