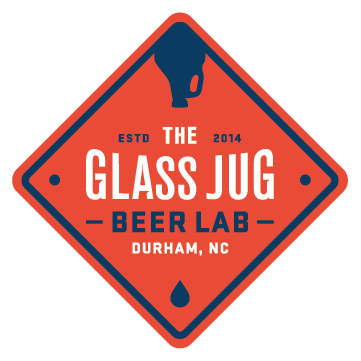 Each year, 24 lucky people have the ability to rent a locker at The Glass Jug as part of "The Varsity."

As a member of The Varsity, these beer drinkers get early access to many of the most limited beers that hit the NC market. Over the past three years, we've averaged more than one new limited-release beer every week that was first offered to The Varsity.

Not *every* beer goes to Varsity members before hitting the shelves, but this year our members saw early access to beers such as Cantillon, Bell's HopSlam, lots of fresh IPAs from New Anthem, Wilmington Brewing, and Commonwealth, along with many specialty beers from breweries such as Grimm, Jester King, Prairie, Plan Bee, American Solera, and Burial.

While most of our Varsity members renew their membership each year (and we certainly can't blame them), there are always a few vacancies that open up. This year, we have THREE lockers that will be available via this auction.

NOTE: If there is a bid on a membership in the final 3 minutes of the auction, the end time will extend by 3 minutes. Each bid will continue to set the clock at 3 minutes remaining, to give everyone a fair chance. The maximum extension is 30 minutes

As a way to make it as fair and transparent as possible, while also finding a way to give back to our community, 100% of the proceeds from this auction will be benefitting The Boys & Girls Club of Durham & Orange Counties.

The Boys & Girls Club is a fantastic organization that plays a vital role in the lives of many young people in our community, so we figure that if your beer drinking can help a kid grow up in a safe and loving environment, then it's a win-win.

It costs $1,500 to support a member of the BGCGD each year, but they only charge $10 for an annual membership. Our goal with this auction each year is to raise enough money to support the membership of one Durham youth for a year.

About The Glass Jug Beer Lab

The Glass Jug is a local craft brewery, a retail craft beverage store, and a beer and wine bar. We're a small, independently-owned business with a strong emphasis on supporting local business and our local community.

This charity auction is to raise funds for the Boys and Girls Club of Durham & Orange Counties. They play an active role in our community and shaping the lives of its youth, so we want to make sure that the money raised for Varsity memberships goes to a good cause. It doesn't cost us much to run this program, but we feel like it is pretty valuable, so why not donate the money to an organization we respect, right here in our backyard!?