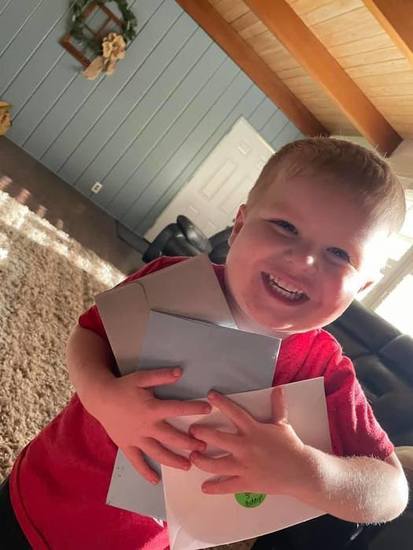 Thanks to Western Nebraska Softball, Cooper's Crusade is auctioning off game worn 'jerseys' (they are t-shirts with numbers printed on the back) with all proceeds going to help support Cooper. Cooper is the 3 year old nephew of WNCC head softball coach, Katelyn Groves. Cooper was diagnosed with Rosai-Dorfman disease which is a rare disorder effecting white blood cells. For Cooper, the diagnosis is 2 years of daily at home chemotherapy with blood draws, CT scans, and hospital visits in between.

Cooper is an energetic 3 year old who lights up the lives of all who know him! In April of 2021, he developed swelling in the lymph nodes on his neck. After many doctor's visits, scans, and blood work, he has been tentatively diagnosed with a histiocytic disorder. Hystiocytic diseases, are rare blood disorders that occur when there is an over-production of abnormal white blood cells known as histiocytes, that can lead to organ damage and tumor formation. Because Cooper's disease is so rare, he has been under the care of a pediatric oncologist panel here in Wichita, and a team at Texas Children's Hospital in Houston is also reviewing his case. He underwent testing at Children's Mercy in Kansas City recently to rule out several other disease processes, including lymphoma.