With an amazing list of supportive donaters, this is the online pre-event auction for the event All In Together Now happening at the VAL on Friday Aug 28th.
Live auction will continue at the event and final bids will close at 12 midnight on the 28th.

Hello everyone, this is Severine, Leanne's husband, here to share her story with you and let you know a bit about us and why we're asking for help.

Leanne is a strong woman, having come from a family that has had ovarian cancer claim women from 3 previous generations, including her Mother. Knowing her family history and knowing already that she potentially possessed the genetic marker precluding cancer, we have always been mindful of her health and always having that dreadful knowledge loom large. Despite this, Leanne and I had been trying to get pregnant for 4 years. After unsuccessfully trying for 2 years, we visited a fertility clinic here in Vancouver. After being initially dismissive, our Doctor there decided to perform a laparoscopy in the summer of 2014, after Leanne telling him that she possessed all of the textbook symptoms of endometriosis. During the procedure, the doctor confirmed her suspicion and found severe endometriosis, with both of her ovaries being tucked upwards and actually attached to the uteran wall with thick, fibrous endometrial tissue. In addition, they discovered some fibroids that were removed during the procedure. She has never been one to over-exaggerate health concerns, and she suffered silently with these symptoms for years with nary a whimper.

Fast forward to March, 2015. Leanne had been having some serious pain in her abdomen, specifically around her ovaries, for a duration far past ovulation, eventually lasting weeks, so she visited our family Doctor to express her concern. Our GP, knowing Leanne’s family history, and also knowing that she has endometriosis, sent her away with a prescription for pain medication, which she promptly discarded. Seriously!! 2 more months of suffering and actively trying to find another GP, she began to notice that her abdomen was becoming extremely swollen and she was now starting to experience pain all over her torso, neck, back. I felt her abdomen, and at one point it was rock hard. She checked herself into emergency the following day at Lion’s Gate Hospital and I joined her later. Later that night, after hours of blood tests, ultrasounds, and CT scan, we were given the worst news of our lives, and our absolute worst fears came true at that moment. They discovered large growths on both of her ovaries, one 12 cm in length, the other 14, in addition to an unknown growth on her liver nodule, plus a large volume of liquid that had accumulated in her abdomen. The Doctors, told us that it appeared she had most of the traditional symptoms of ovarian cancer. The following day, she had a paracentesis performed to remove the liquid from her abdomen, which they later analyzed and discovered that her CT marker count has risen from the 30s, 12 months previous, to over 900, confirming her cancer.

Since then, our lives have taken an abrupt about-face. We have completely altered our diets to an organic and mostly vegetarian one, with Leanne taking it one step further and completely eliminating dairy, gluten, alcohol, caffeine, processed sugars, or anything processed. We have been juicing loads of raw fruit and vegetables, and focusing on making our bodies more alkaline to give Leanne’s body the best chance it can have to heal itself and to help mitigate the side effects of treatment.

We have now visited the BC Cancer Agency, and 2 private Natuoropathic clinics that specialize in cancer care. After some serious consideration, we decided to go with the Integrated Health Clinic in Fort Langley. Her treatment options have been explained at length by both the traditional medical experts, and Naturopathic experts, and, in addition to our own extensive research, feel like we have a firm idea of how we would like to proceed. We’ve decided that she is going to go through with a round of traditional chemotherapy, which was recommended to us, across the board, by all 3 Doctors, in addition to 3 complimentary therapies that improve the efficacy of the chemotherapy and reduce the awful side effects and toxicity. These treatments are; Vitamin C Intravenous injection, Fever therapy and Hyperthermia. Given the severity of Leanne’s infection and it’s aggressive, rapid onset, we need to approach treatment aggressively, which is why we are using these treatments, diet, the use of vitamins and supplements like fermented whey powder and mushroom pills, and dandelion root tea and the addition of cannabis oil to attack the cancer from every direction. Once the tumors have been shrunk down, the next step will be surgery where she will receive a full hysterectomy, after which they want to do another 9 week round of chemo. Our dreams of having a biological child of our own will now never be a reality.

Unfortunately, since Leanne is no longer working, these treatments, our organic diet, supplements, and medicine are incredibly expensive. We have some money squirrelled away that we had hoped to use for a vacation to Bali later this year, which is keeping us afloat for now, but once Leanne begins her full treatment regimen, everything will change rapidly. For each 9 week round of chemotherapy we will need to spend close to $7500 for the full suite of complimentary treatments, not including supplements and medicine, which is something we simply could not sustain.

Thank you all so much for reading this story and bless everyone for their help and support.

At first glance some might see us as a bunch of misfits, a bunch of wacky ravers acting silly way late into the night, and they might be right. But at some point it becomes more than that. At some point this becomes family. These are the people we care about and who care about us. These are who we call to for help, and offer a shoulder to lean on when the leaning gets heavy.
Recently some members of our family have entered a very challenging chapter, and so we are calling for a full family gathering of epic proportions for support, both moral and financial, and to relish in this incredible family that we all have been adopted into.

With music provided by: 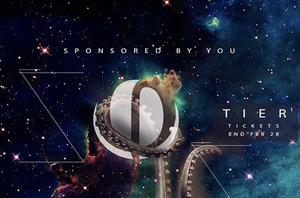 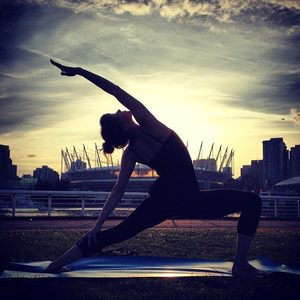 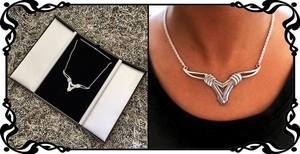 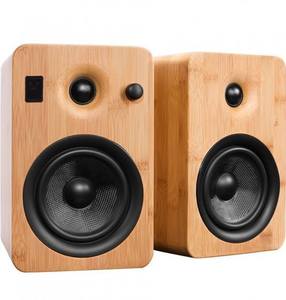 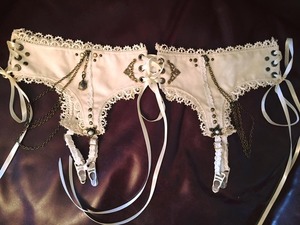